Scientific way to build your child’s confidence in minutes

…and for years to come.

Everyone could use a confidence boost. I know I need one a lit more often than I am eager to admit. And when it comes to my kids, they would benefit with a truckload of that goodness! So when I recently discovered this tip, I could not believe my own luck…

My new fascination: classes by Vanessa Edwards offered at CreativeLive.com. I had to buy one. Then another one. They were worth every penny. The scientific studies she cited: a revelation. Her conclusions and suggestions helped me in so many areas that I couldn’t believe.

Amazing study /# 1: The scientists were trying to find how much of our body language comes from nature, how much from nurture. What did they find? When it comes to success, an Australian Aboriginal, a native from the deepest forests of South America, the furthest tribesmen from Africa, the Siberian dweller, the Japanese schoolgirl and an athlete from any western culture express their proud winning feelings the same: legs firmly spread, arms up in the air wide apart – yesss!!!! We did it!!!!

And When it comes to failure? Same trait! In frustration, each of those individuals, weather he has ever seen a TV or not, will try to make himself tiny, curls his back, pulls knees to his chest, lowers his head. “Hangs his head,” – they say in every Russian fairy tail describing and upset prince who just got another impossible task from his cruel tsar. 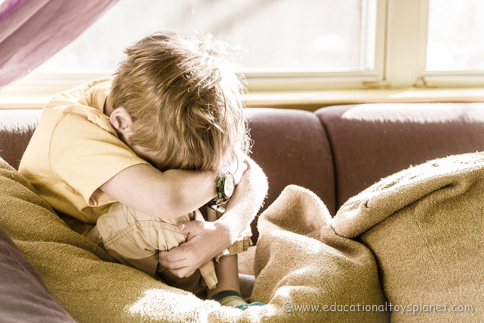 The conclusion: the body language is the same across all cultures.

Don’t worry: we are not getting too scientific into you. Just a tiny bit. Testosterone is a “success” hormone: the more your body is generating, the better you feel, the sharper works your brain, the more successful you get. The good stuff.

Cortisol: the bad stuff. This hormone is generated at the time of stress; it is binding to your thinking abilities, awful for learning, the hormone of misery. It goes deeper than this, but for our purposes – just enough.

Two groups.
Each participant takes a saliva test to measure their testosterone and cortisol levels.
The task? Group number one has to stand in a “successful” pose for five minutes: legs spread apart, arms wide, sort of a superman. Group number two has to stand in a failure body position: crossing their arms, lowering head, arching back, slumming sad shoulders.

Now: the fun part (for participants): they get to gamble! And… The “supermen” group, despite spending five minutes in a silly comic book hero pose, risks more, reacts better and eins more! The “loser” posers? The opposite!! They risk less, make lousy choices… Win less… Losers, so to speak turn out losers. 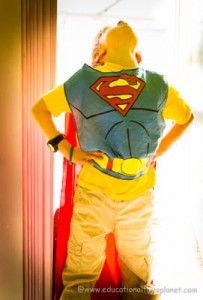 And now the scientists look at a the saliva tests after the pose experiment. The winners had a huge rise in testosterone and equally big drop in cortisol levels, and looser – exactly the opposite! Absolutely proportionally the same – as much as supermen got, losers lost!!

I’ve read psychological studies that revealed how people faking a smile fooled their bodies into thinking they were really feeling happy and feeling gnu one happiness as a result, but these results were so drastic it really blew me away: depending on a pose of your body you can increase or decrease your chances of success by increasing the good hormones and lowering the bad?!

I think this is exactly the loafs I confidence my kids could ended it from.

Now I just had to convince them. Scientific stories made no effect, modeling supermen posing generated giggles. We decided to conduct our own experiment. 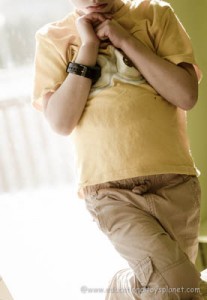 First, my kid got into his favorite pose: folded his arms on his chest, got his feet close together, lowered his head – he felt nice, warm, comfy. 2 minutes (who has the patience for five?). Now – pull-ups. Pull-ups are really hard for him, so he tried very hard, but he barely did 6. “Oh, my hands feel slippery, feet were not dangling right…” Sure, honey.

Let’s try the other one: the superman. He is no longer a six year old. Standing like a superhero he felt super-silly. Now came the pull-ups: 11!!! 11 pull-ups from a get-go!!! No more slippery hands, no wrong-dangling feet, just 11 excellent pull-ups – the most I’ve ever seen from him!!!!

So now we are doing our best to squeeze in some power posing into our daily lives: I’ve seen my older one trying to power pose even on a competition before heading to a podium to get his hard earned medal – he looked like it was really overwhelming. His younger brother is power posing before bedtime to keep the bad dreams away. And I need a boost for doing homework with both of them every so often.