This party probably was one of the most successful ones we ever made. We did it both this year for my dear smiley boy’s six birthday and when his big brother turned four years and years ago. It was just too good to pass the opportunity to do it again. We sent out the invitations and got the wheels rolling…

I love setting the mood in advance with some unique invitations. You are welcomed to download, print, fold and use the ones I’ve created. The second image is filled in as a guide. 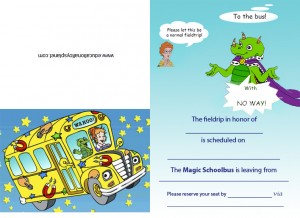 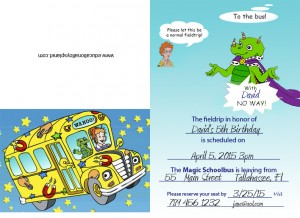 A party with such an exciting theme required some advance preparation: the magic school bus. We actually built one with cardboard and bright yellow disposable tablecloths. We usually make it in a corner, push a loveseat in for an additional seating and support, bring the kid sized chairs (many of our guests often arrive with an extra chair or two), print out a little dashboard. 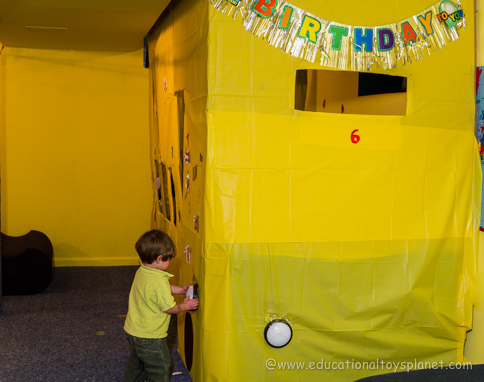 Some building tips: this year our daddy decided to add a few large 2 x 4 feet wooden sticks to the whole structure, so stapling the cardboard and tablecloths was a LOT easier. The first time around, we just used cardboard. 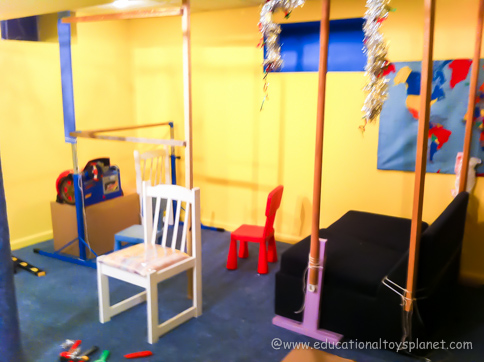 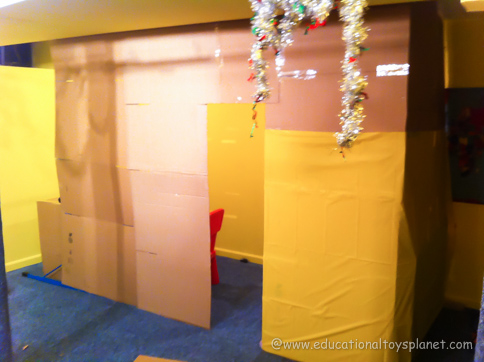 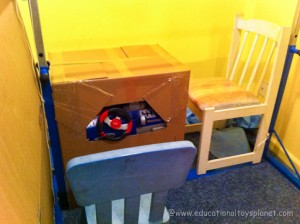 As another option, you can just tape together a few large pieces of cardboard to make a shape of the bus, cut out some windows and a door, cover with a yellow disposable table cloth, scotch tape some pretty pictures on it. Chairs go on one side of this cardboard. Armchair or a loveseat can support it from falling. It doesn’t need a ceiling (we didn’t build one), it doesn’t have to be a structure enclosed by yellow cardboard from all sides. Kids LOVE to play, LOVE to use their imaginations and are a lot more easygoing when it comes to such details, then their parents.

This year we had a toy car controls for a dashboard. We also install a computer monitor as a part of a windshield, for special effects, connecting it to laptop hidden on the side. During the party, a trusty assistant makes sure the right effect gets displayed at the right time… 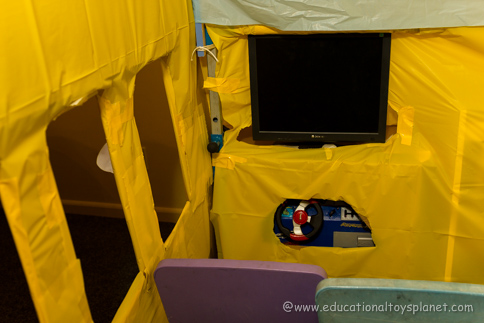 The special effect that we’ve used are actually very simple: we opened on YouTube three different episodes of magic schoolbus, and put it together to show pieces during the party. If that sounds too complicated, each episode can be opened in a YouTube in separate window and rewinded to the spot you would like to show. Then again, that trusty assistant becomes really handy.

And if the whole magical screen set up still sounds overwhelming, just prop an ipod on the dashboard. We’ve done that before for another party, where kids got to talk to a villain during their adventures. The “villain used Skype or Google Video Chat to get himself visible on the ipod in advance, chatting with kids during the party, throwing his empty threats… and covering his own screen with a regular piece of cloth whenever he wanted it to go dark, to seize the communications… So, this setup can be used as well. Except instead of skyping his own image, the assistant on the other side of the screen can turn on the videos on his side, that kids need to see at that moment.

We needed some pictures printed out and cut to be used during the party: internal organs, bees, dinosaurs. We’ll use them to decorate the bus during the party, so I prepared them in advance as well.

At the end of the party (similar to thank you note, to add another special element), every kid got a special certificate from Mrs. Frizzle. Again, feel free to download and print. 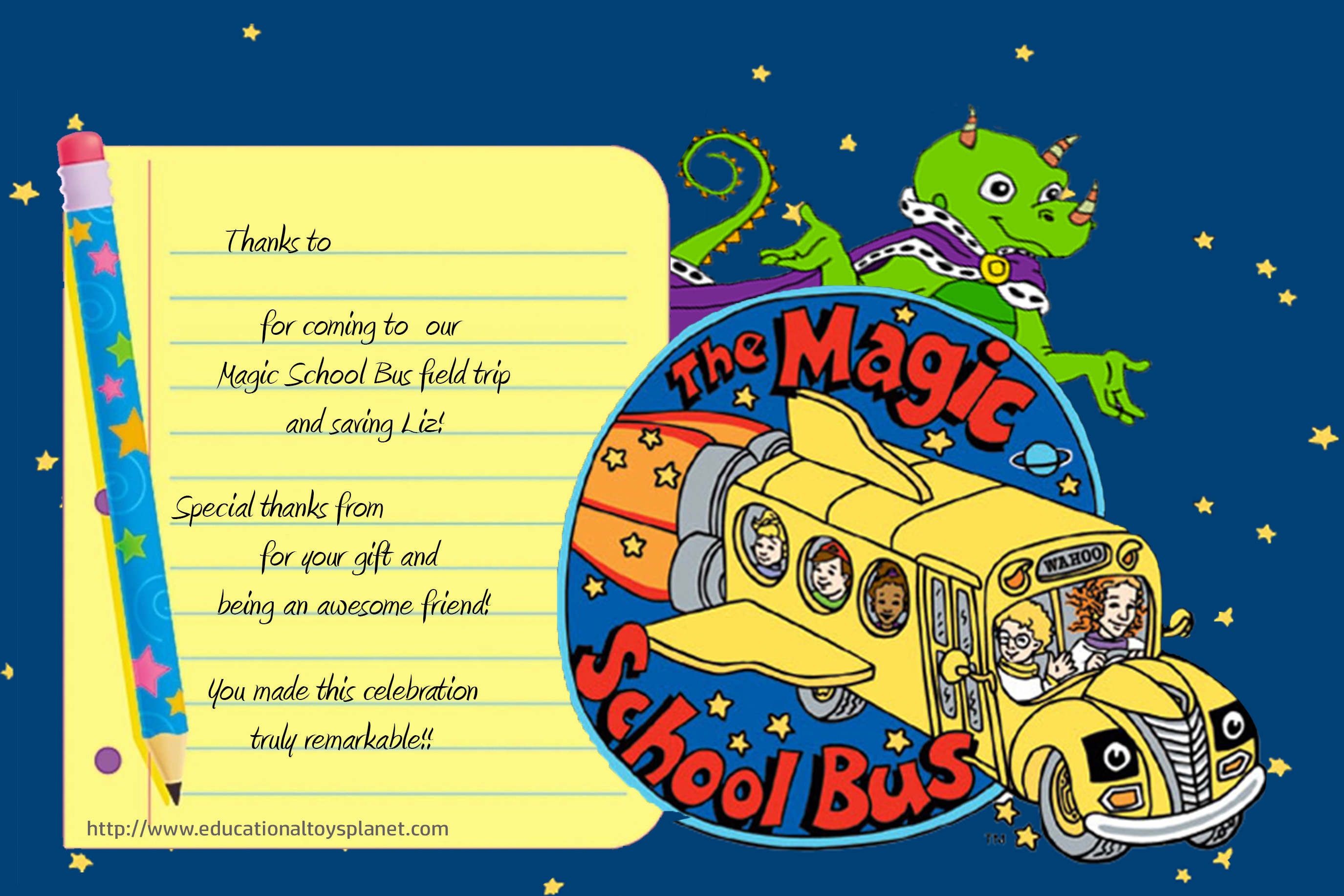 The invitations are on their way, the bus is ready, the special effects are well thought through, the printouts are all set. Vroom-vroom! To the bus!..