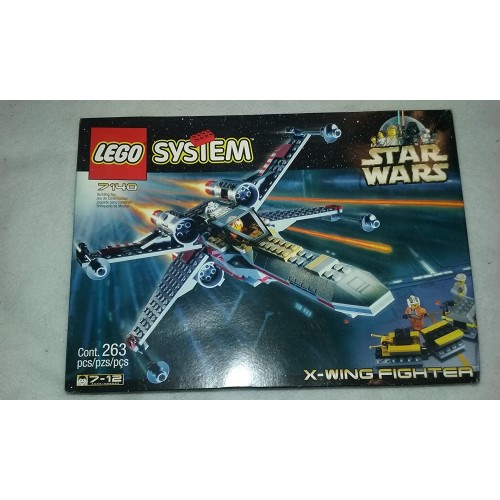 Product description Fly the X-wing with Luke Skywalker! Take to the skies with Luke as he battles the forces of evil! Just like the real X-wing fighter, the wings adjust from wide to narrow for maximum maneuverability in battle. Luke is armed with his lightsaber just in case it comes down to hand-to-hand combat. Comes with ground crew person and transport with tools to prepare the X-wing fighter for its next mission. Also includes Luke’s droid navigator, R2-D2, and Biggs Darklighter. Amazon.com One of the most memorable starships in Star Wars, the T-65 X-Wing helped Luke destroy the Death Star with a couple of well-placed proton torpedoes. This 263-piece set from LEGO lets you build an 11-inch-long model of the legendary craft, authentically detailed from the flip-up cockpit to the four, oversized laser cannons. It even has strike foils (those are wings, for you nonpilots) that really collapse or expand to form an X. Who else is piloting this craft but the famed Skywalker himself, with a little help from R2-D2. The set includes 1.75-inch-high figures of that duo, accompanied by a mysteriously mustachioed alternate pilot. Could it be Biggs Darklighter? And to look after the craft for you between missions, there’s a hard-working mechanic mini figure complete with a small train of maintenance carts. –Paul Hughes