Refine your choice by

Infant's Eleven:
11 amazing milestones that your child will reach in the first year of his/her life 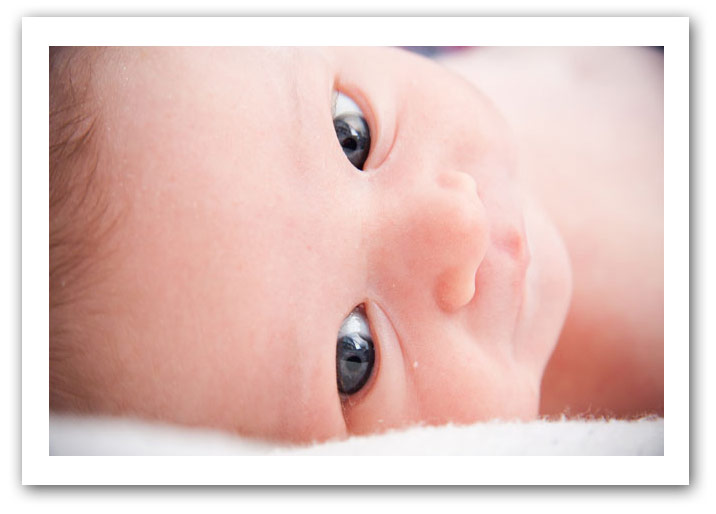 In the first year of his/her life, your child will go through an absolutely stunning metamorphosis. The baby will turn into a toddler with a personality, a wide range of emotion, and countless social capabilities. There are many unbelievable things that will happen in this first year, ranging from small steps like clapping hands to large steps like, well, literally taking steps. Here are eleven of the most impressive and interesting things that your child will learn to do in the first year of his/her life.

One of the most stereotypical qualities that a newborn baby has is the inability to control his/her neck muscles. It’s always important to support a newborn’s head while holding him/her, because the newborn cannot hold it up on its own. Well, within 4 months, this slowly starts to change. The first indication of increased head control comes when the baby learns to lift his/her head 90 degrees from a prone position (lying down on his/her tummy). This increased level of muscular dexterity comes from the rapid development of the sternocleidomastoid muscle, or the primary muscle in our beck. This muscle eventually connects with other muscles to give us abilities such as looking around and looking down. The ability to look up from a prone position is the first major development in terms of a newborn’s head control.

Everyone loves a cute, smiling baby. We spend countless hours trying to make babies laugh by playing games or making funny faces. Babies learn to smile around 5 months into their lives. New scientific research actually shows that smiling is an acquired trait, not one that the baby is born with. Early in a newborn’s life, smiling is controlled by mirror neurons. Mirror neurons are cells in the brain that activate in response to a certain activity going on outside the body. Take smiling. When a baby sees someone smile, their mirror neurons will activate, and they will attempt to smile as well. Within 5 months, they will succeed because the muscles of the face have developed to the point that makes smiling a possibility.

The Reach get Reacher

Babies aren’t truly able to vocally express themselves until the end of their first year of life. However, other forms of communication come more quickly to them. One such form of communication is reaching out to convey desire for an object. Babies are able to reach out for objects by the end of their third month. This ability comes primarily through an increase in shoulder and arm muscle dexterity. However, it is also partially thanks to development of the spinal cord and the brain. The brain and spinal cord help coordinate muscle movements and their development allows babies to reach out.

The Eyes Have It

Babies are born with the ability to see in color. However, the capabilities to understand and control what they are seeing do not develop until later. One of the first major changes that goes along with a baby’s visual world is the ability to track objects. This is something that develops from a neurological and muscular standpoint. The occipital lobe, the part of the brain that controls vision, becomes able to follow along with objects in motion. In addition, the rectal and oblique muscles in the eyeball become better adapted to functioning together and help move the eyeball.

Many of the activities we associate with a growing infant - playing with toys, holding hands, pulling your hair during a temper tantrum - can all be traced back to one simple motion - hand gripping. About 3 months into his/her life, an infant will develop the ability to grasp objects. This is, once again, thanks largely to the development of the musculoskeletal system and the nervous system. There are many muscles involved in the act of gripping, but four of the most important ones are the four flexors (also referred to as the digitorum muscles). This muscular group is located in the forearm and helps give the hand a large range of motion.

Not only do infants learn how to grip objects in the third month of their lives, but they also start to learn to raise their hand to their mouth. This is important because it later develops into some crucial body languages and is also the root for the infamous thumb sucking that is so prevalent in infants. Raising the hand to the mouth is possible thanks to developments within the brain’s somatosensory cortex, the part that is responsible for perceiving touch stimuli. When the infant feels an appropriate stimuli, this sensory center sends a signal to the spinal cord, and the hand goes to the mouth.

In the sixth month of their lives, infants start to develop their trademark babbling ability. This is often associated with the start of language development. Babbling itself is an innate form of imitation. The infant sees and hears everyone around him/her speaking and interacting, and wants to also participate in the conversation. However, the language centers in his/her brain aren’t fully developed yet and the infant can’t produce legitimate words and sounds that flow cohesively. So, he/she is left to babbling. The real language will have to wait a couple more months. Even so, the speed at which infants pick up the ability to imitate speech is astounding.

Crawling may seem like a basic infantile behavior, but it is actually one of the most complex skills developed in the first year of life. At around 8 months, infants start to be able to travel on all fours. This ability combines a plethora of muscular and nervous system milestones. The infant must be able to move his/her arms and legs together to produce forward locomotion. He/she must be able to adjust this movement in response to stimuli that require a change in direction. The infant must be able to balance themselves on all fours (it’s not that easy). Eventually, the infant will also learn to pick up toys and sit up while crawling. Crawling is the first step (pun intended) in the long march (pun intended) to an infant ultimately being able to walk.

All Fun and Games

Infants, like the rest of us, like to have a good time. Their ideas of fun are slightly different than ours though. For entertainment, infants like to play games that combine social skills with receiving attention. Such games include pattycake and peek-a-boo. Like crawling, playing a simple game like peek-a-boo isn’t so simple after all. It requires supreme coordination of the arms and hands. It also requires at least a basic understanding of what is going on and an ability to respond to stimuli logically. Finally, if of course, the infant is having fun, it requires the ability to smile and laugh. And, it requires the skills to do all these things at the same time. So, next time you cover your eyes and say “peek a boo” to a baby, take a moment to appreciate the copious amounts of effort that the baby is putting in to laughing and saying “peek a boo” back.

The Mamas and Papas

No, I don’t mean the band. At around 10 months, an infant will finally say his/her first word. This word is usually “Mama”, or “Papa”. This is a much more important milestone than the babbling mentioned earlier, which is just a cuter version of mimicking. Speaking actually requires the infant to know what he/she is saying. Language is developed in two main brain areas - Wernicke’s and Broca's areas. Wernicke’s area is responsible for production of language and Broca’s area is responsible for interpretation of language. The development of these areas during the end of the first year of life results in an infant’s first word. It is also a reason why infants learn foreign languages better than adults.

One Small Step for Infant

Just as the first year draws to an end and you begin to appreciate everything your infant has learned, they pull out one last major milestone. This milestone is arguably what separates primates from other animals and is one of the defining characteristics of the human race. No, the infant does not develop a hatred for the IRS at 12 months. He/she learns to walk. And just in time, because the walking puns were just starting to get unbearable. Walking develops from a complex version of crawling, and utilizes many of the same muscle groups. However, it requires an even more acute ability to respond to stimuli and an even more developed sense of balance.